It is my personal belief that we should never stop learning. As a result I consume a fairly large amount of information. Being a software engineer, there is never a shortage of things to learn. But if you don’t stop to look at what you have learned the knowledge can slip by unappreciated and possibly forgotten. We tend to go for long periods without reflecting on the new knowledge. 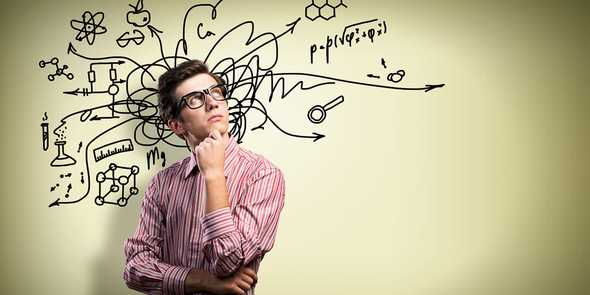 Sitting still and reflecting on where I have come in life has never been something that I was good at. I would rather spend my time learning more. Consuming more information. Thinking about what I need to do in the present to make a better future. There is value in this mindset but only if there is balance.

I was having a hard time coming up with a post idea this week. My wife suggested something that she does on her blog: “what I learned this month.” Seemed easy enough. At least until I sat down to write this post. But lets follow up with that at the end.

Here are some of my takeaways, 5 things I learned in March:

I program at work. Then I come home and program more. The past few years my after work projects have been with the intention of personal growth and monetization. The thing is, I started to get burned out this year. I mentioned this in my post Recapping Goals. So I took March off for my personal projects. And with March almost over I can report that this has been a great thing. This break really refreshed me and I am getting very excited to start on my next project.

I didn’t really start using Twitter until last year; that was a big mistake. This month I conversed with the likes of Michael Hyatt, Pat Flynn, and Craig Albert on Twitter. In addition I helped a couple people with programming questions for Ghost and Django, people I have never met. I think this is really cool. Do they know me or even remember me? Probably not. But that is okay. It is amazing that I have access to them at all and that I can converse with them.

Node.JS has become all the rage. I haven’t jumped on too much of it, but I cannot deny the range of tools that have sprung from it. Grunt is like a “master tool.” It lets you automate a bunch of other tools. I have used it on several projects now, but it was mostly pre-configured in those intances. Well in my down time this month I start my first open source project: GhostThemeStarter. I created the Gruntfile.js from scratch and have put a lot of thought into the functionality in it. It has been a joy to use, and I have found out just how flexible the platform is. This is a tool that I will be keeping around.

I’m a programmer. Writing is not my strong point. But as I previously mentioned I don’t take enough time to reflect on my life. That has made it increasingly hard to keep the blog ideas flowing. Several times I have come up with an idea that I thought was going to be great, only to have forgotten it when I went to write my post several days later. I am definitely going to be putting more effort into writing things down.

Seth Godin wrote in [What does, “it’s too expensive,” mean?](http://sethgodin.typepad.com/sethsblog/2014/03/what-does-its-too-expensive-mean.html “What does, ‘it’s too expensive,’ mean?“)_ that what we think a product is worth is a very personal thing. It doesn’t necessarily have anything to do with the actual price tag. Instead of pricing for everyone, he says to search for the people who do see the value. This was followed up in his post this week, [Your Story About Money](http://sethgodin.typepad.com/sethsblog/2014/03/your-story-about-money.html ‘Your Story About Money’)_, where he talks about peoples value of money being based on the stories they have concerning their money. Both are worth a read, so check them out.

I never stop learning. The internet makes it so easy. But I need to learn how to reflect back on my days, weeks, months more frequently. And writing… I very much need to start writing more things down as they come to me. Assuming that I will remember doesn’t work out too well.

What have you learned this month? Let me know in the comments or hit me up on Twitter.