They say that we are safer now. The dangers that our forefathers faced is behind us. We have OSHA. We have unions. We stay in doors–all day.

But really we go to work everyday oblivious to the dangers that are hidden in our offices. The rare instances of workplace violence are not our only threat. The real threat, the one we face 8 hours every weekday, is the desk. 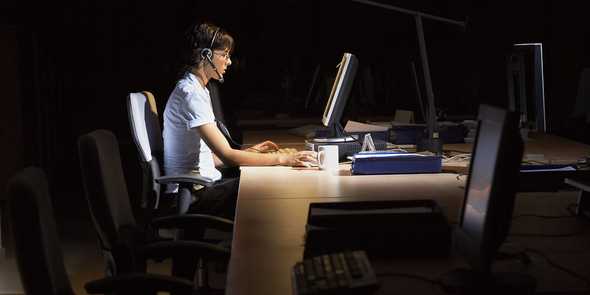 I have first hand knowledge of the dangers that the desk brings to the workforce. I have been suffering through chronic back pain for the last 3 years. And there have been many studies pointing out the dangers of sitting all day. It is not just about bad chairs and back pain. The American Cancer Society found that during one of their studies the likely hood of death increased by 94% for women and 48% for men who sit more then 6 hours per day.

Olivia Judson wrote in The New York Times about another study. Men who normally walked 10,000+ steps per day were switched to a regimen of less then 1,300 steps per day. After only 2 weeks their bodies had already become worse at metabolizing sugars and fats.

The last few years, more people have been making the switch to standing when they work. Gina Trapani on LifeHacker was one of the first I read about. It took some getting used to, but she said “I haven’t once considered switching back to a sitting desk full-time. Honestly, I barely give it a thought at all anymore.”

Recently I found out that Michael Hyatt also uses a standing desk. His article has a nice info-graphic further breaking down the dangers.

So, in light of all the info, I decided I wanted to try a standing desk as well. I originally wanted a mechanical one that you could raise and lower, but they were too expensive. In my search I came across Kee Lite pipe fittings sold by SimplifiedBuilding.com. They are a little expensive, but you can bet that they will last a lifetime.

I put a fair amount of effort planning the desk. I used the TouchDraw app on iPad to plan it out. Here is the blueprint: 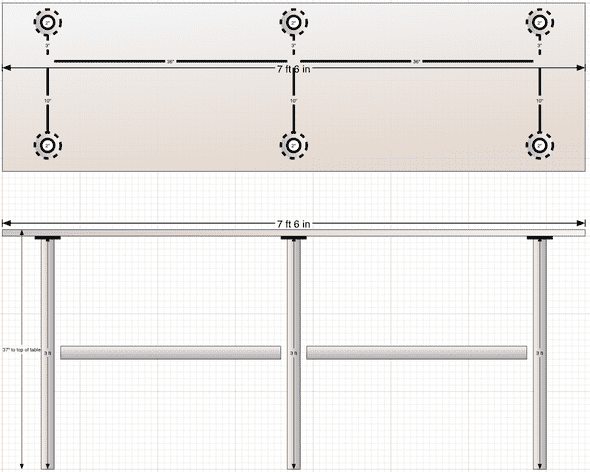 Surprisingly, designing and planning probably took longer then actually building it. Being a guy to sits at a computer all day, I really enjoyed the opportunity to work with my hands. It is made out of apple-ply, Kee Lite pipe fittings, and the piping used for chain-link fencing (which is very cheap and easily accessible). You could use any wood for the top that want. It’s a very flexible design, and that’s one of the things that I like so much about it.

The desk is built large enough to share with my wife. I enjoy standing, but she chooses to sit most of the time on a cheap (but comfortable) bar chair we picked up at Ikea. In the end, we both love the desk! 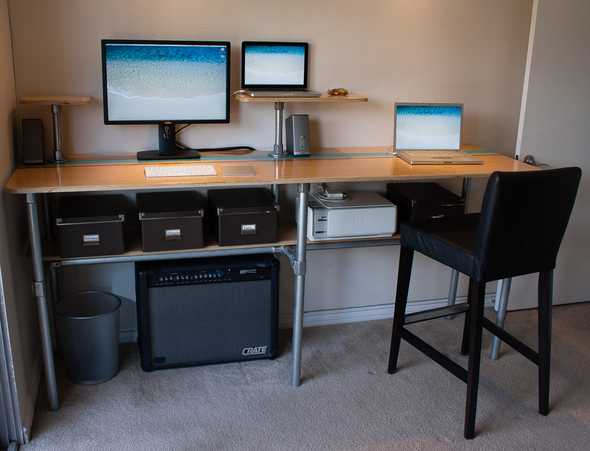 I show it off when people come over. I don’t think everyone really knows what to make of it. However, I had a good friend who saw it and decided that he wanted to switch to a standing desk as well. Unfortunately, he has a desk that is literally built into the wall, so I had to come up with a tabletop design. Feeling a bit more responsible since I was doing it for somebody else, I put even more work into the blueprints. Here is the design that I ended up with (note that the pricing on the blueprints is probably not accurate anymore). 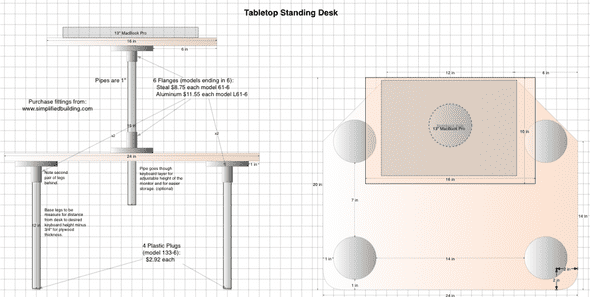 Then one weekend, we headed over to Home Depot, grabbed our supplies, and built it. Outside of the painting it only took us a couple of hours. He is enjoying standing more, especially since he’s been working from home more frequently. 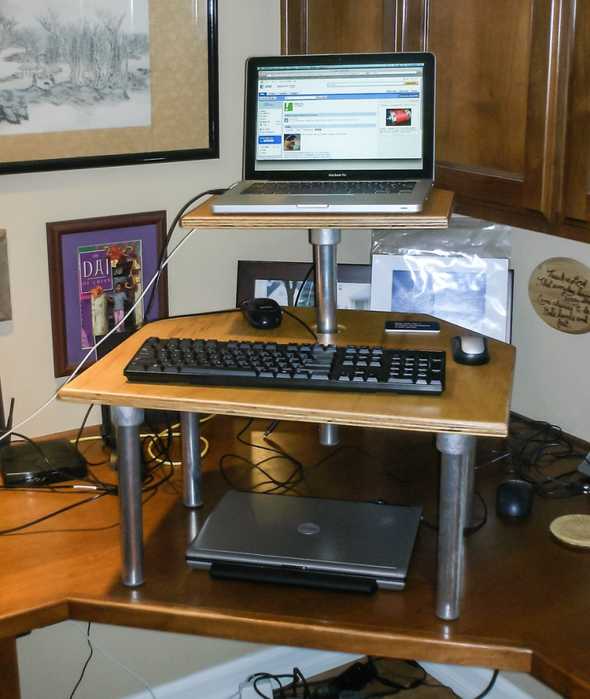 I am glad that I switched my home desk to a standing desk. Now I am working on some plans for another table-top version that I can use at work. This one will be a little more intricate since I have 3 monitors of all different sizes that I need to support.

I don’t know a lot of people who have made the switch to a standing desk, but I have not heard anyone say that they wish they had not made the switch.

Do you use a standing desk? If not, have you considered one?